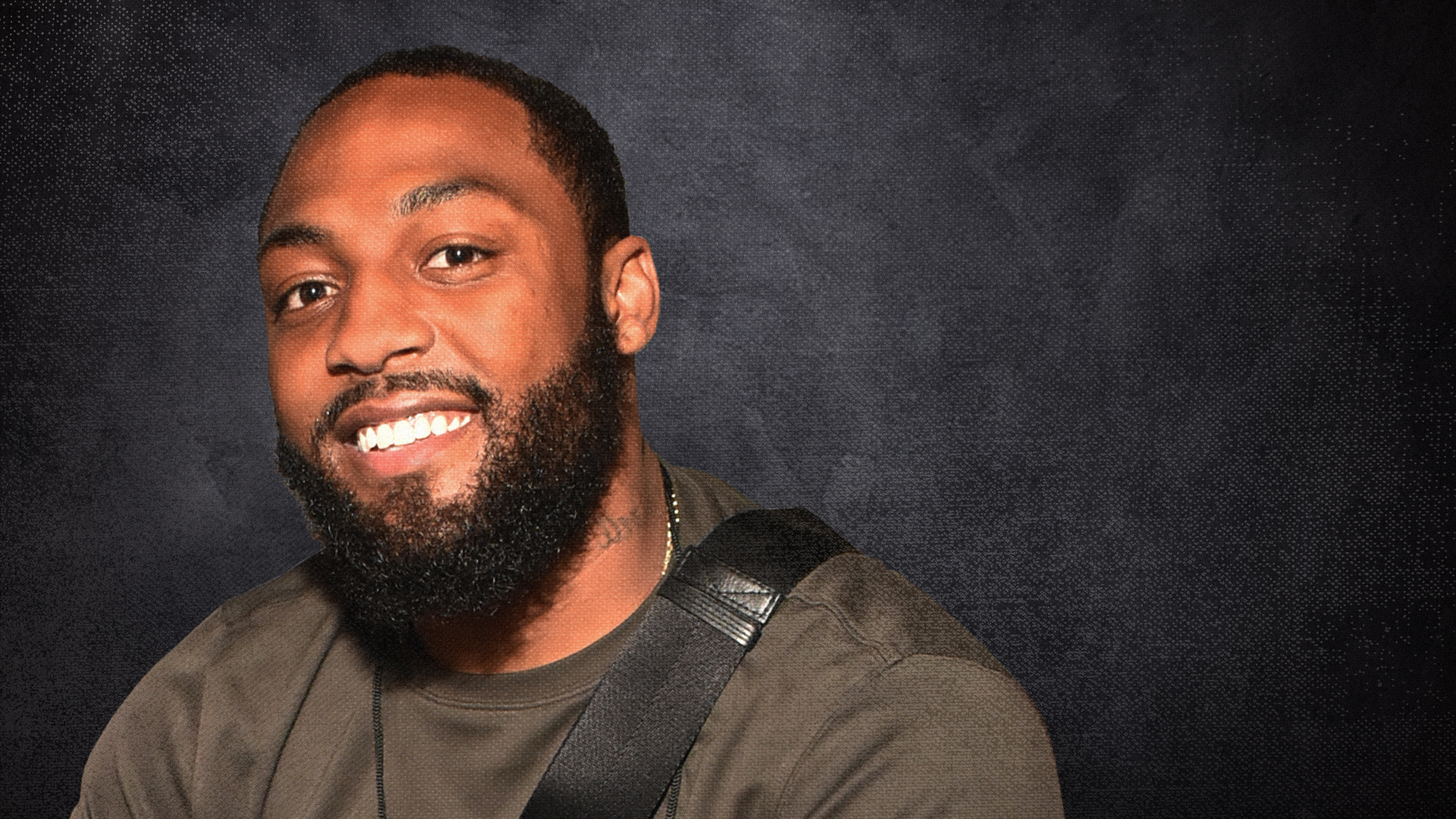 “I know from experience that you can make your pain purposeful.”

That experience began November 11, 2012, when Leon was pulled over on his way to his grandmother’s house for dinner. Despite providing his ID, three Pittsburgh police officers misidentified him as someone with a similar name who they said was wanted on criminal charges.

After rejecting Leon’s pleas that a mistake had been made, two of the officers began trying to pull him out of the car. Leon panicked, and with the engine still running, started to drive away just as the third officer jumped into the front passenger seat. The door closed behind him. Seconds later, five gunshots rang out from inside. One of the bullets struck Leon’s spine, leaving him paralyzed from the waist down.

He was 19 years old. And it was all captured on video by one of the officer’s dashcams.

Leon was acquitted of aggravated assault charges. And the city of Pittsburgh eventually settled a civil rights lawsuit with him for $5.5 million. Yet the officer who misidentified and then shot an unarmed Black teenager five times never faced accountability and remains on the police force today.

“The night I was shot, it destroyed me from the inside out,” says Leon. “I felt dead inside. I felt gutted. Those officers took something from me. It’s not my ability to walk. It’s something deeper.”

Leon says he struggled with anger and depression for two or three years, and sometimes still does. “But eventually, I realized I had to make a decision: Either be consumed with hatred and bitterness, or let go of those emotions and learn forgiveness instead.”

He started by taking a course at Duquesne University on the role of police in society, which taught him to “look at race differently, from the perspective of the police and my white classmates.”

Through schools and universities, as well as online, Leon also began spreading the word that focusing on the problem of injustice isn’t enough. “We’re all aware of the problem – how much more awareness do we need?” he says. “Real change comes from coming to the table, getting involved, and being civically engaged. We can’t change the system if we opt out of it.”

Leon’s message has struck a chord with people across the country. A short-form documentary of his story has more than 2.3 million views on YouTube, and he’s become a highly sought-after speaker.

Leon’s advice to anyone who asks how they can make a difference in their communities: “Leverage your strengths.” Because everyone has unique skills and abilities, he sees the paths to progress as virtually limitless, from art, to politics, to volunteering for community projects, to donating financial support.

Anyone can also “just start talking to people,” says Leon. “When I meet with police officers now, I try to approach them as human beings, with understanding and compassion.”

For that, Leon gives much of the credit to Heal America, which he says has been “transformational.” A few years ago, after he first got involved, “Heal America gave me the courage to reach out to the mayor and other influential people,” he says.

“I started making phone calls — not to talk about what had happened to me, but to ask, ‘What can I do to help you make our community better? How can we move forward together?’”

Finding answers to those questions is what the movement to heal America is all about.